On Tuesday, June 11, 2019 at 11:27 am, the Chestertown Volunteer Fire Company, Kent & Queen Annes Rescue Squad and Kent County EMS was dispatched to an entrapment in the 5200 block of Johnsontown Road. This is located in the Quaker Neck area of Kent County, Maryland.

As paramedics stabilized the patient, crews worked quickly to extricate the patient from his precarious situation. Using a ladder off the Rescue Truck as a lever to quickly lift the deck, cribbing to support it was put in place. Using first a bottle jack, then ultimately lifting the deck manually, the patient's hand and jack stand were removed from beneath mower deck.

Because of the serious nature of the injury, a helicopter from Maryland State Police Aviation was requested. Because of the delicate structures within the hand, it was determined to leave the jack in place and allow surgeons to remove it. Consequently, the patient and the jack stand were airlifted to the Hand Center at Union Memorial Hospital in Baltimore, Maryland. The condition of the patient is not known.

A technical rescue like this is always unique and challenging. We thank everyone who helped extricate the patient and ensure his timely transfer to a specialty medical center for definitive care. It truly was a team effort. We're also thankful the patient's family was on-scene. They provided a level of emotional support to the patient during this difficult time. 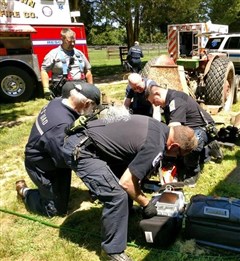 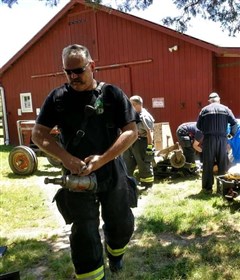 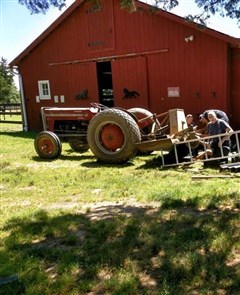 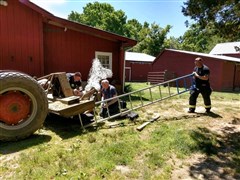