On Sunday, December 8, 2019 at approximately 7:21 pm, Chestertown Volunteer Fire Company was dispatched as a "Special Request" on the 1st Alarm Assignment to the Cecilton VFC for a structure fire (Barn and House) in the 6500 block of Augustine Herman Highway (Maryland 213) just south of Cecilton in Cecil County. Units there were on the scene with a large barn and house, well-involved with fire.

Recognizing the need for water, Incident Command requested a "Tanker Task Force". This beefs up the response by adding multiple tankers to the assignment. Our Tanker 6 responded as part of the Tanker Task Force. Shortly after requesting the Tanker Task Force, the 2nd Alarm was struck. The crew from Chestertown VFC Tower 6 assisted with fire attack and overhaul. Our Tanker 6 participated in the Water Shuttle, tanking multiple loads of water to the fire scene. We operated at this incident for about four (4) hours. There were no injuries to Chestertown VFC personnel.

Unfortunately, three (3) horses and a dog perished as a result of the fire. 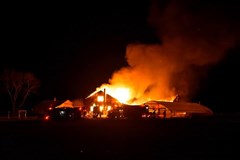 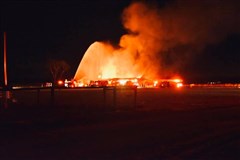 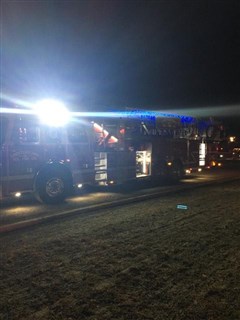 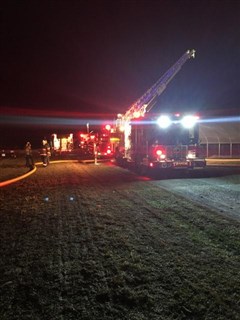 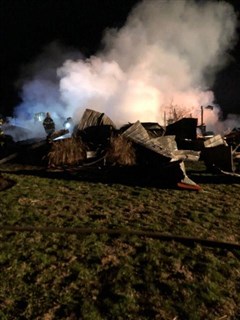 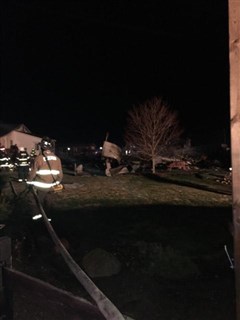