At 4:56 am on Sunday, 12-29-19, the Chestertown VFC, along with automatic mutual aid companies, was alerted for the Working Fire Dispatch in the 7000 block of Pomona Road. This is an extremely rural location. The location is out in Quaker Neck between Airy Hill Road & Quaker Neck Road. A 9-1-1 caller was reporting the neighbor's house well-involved with fire.

The family was at home and asleep when the fire started. The Smoke Alarms activated, alerting them to the danger. All were able to safely evacuate the home. This fire underscores the importance of working Smoke Alarms in the home. Without this early warning, the outcome at this fire may have been very different.

When Command 6 / Chief John Darling responded, he was updated with the additional information the caller had provided. Due to the absence of a ready water supply, Chief 6 requested a Tanker Task Force be added to the box. Here in Kent County, a Tanker Task Force consists of four (4) water tankers and one (1) engine. This complement is used to establish a shuttle system from a dependable water source to the fire scene. As he was approaching the scene, the glow in the sky made it clear the fire was in an advanced stage of development. At that time, he requested a second Tanker Task Force also be added to the box. This gave us a total of eight (8) tankers and two engines to work with for water supply. The "Draft Site" was established at Quaker Neck Landing. Drafting is the process where we use an engine to pick up water from a static source such as a swimming pool, the bay or, as in this case, the river.

During the course of the incident, two (2) additional engines were special called for additional manpower.

Chief 6 / John Darling arrived to find a two (2) story house with heavy fire showing through the roof to the rear. When our first engine arrived, a "Blitz" attack was employed. This involved deploying a 2-1/2" hoseline and an 1-3/4" hoseline. The larger line is able to hit the fire with a powerful stream of water, providing a quick "knock-down". The smaller line is then able to move in, to start mopping up.

As mutual aid companies began arriving, additional hand lines were placed in service. The crews manning these hoselines began the long and tedious process of overhaul. Overhaul is the systematic and detailed process where every hot spot and ember is ferreted out and extinguished. As a result of the fire, as mentioned, there was heavy fire damage in the rear, with severe heat and smoke damage throughout the rest of the dwelling.

While the family has been displaced, we are happy to report there were no injuries to either civilian or emergency personnel. Family and friends are assisting the family. Delmarva Power was called to cut electric service to the home. The Maryland State Fire Marshals Office was requested. They were on the scene and conducting an "Origin & Cause" investigation. The results of that investigation have not been released.

We operated at this incident for about 4 hours, 45 minutes. Back at the station, it required several more hours to clean-up and repack equipment.

We would like to extend a special Thank You to Phillips Garage in Sudlersville. Our engine at the Draft Site became disabled as the result of a flat tire. They brought a tire and changed it, enabling the engine to return to the fire station.

All photographs are courtesy of Chestertown VFC and Church Hill VFC. Photographs may be used by media. 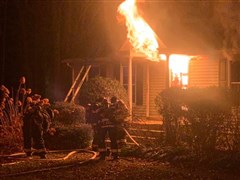 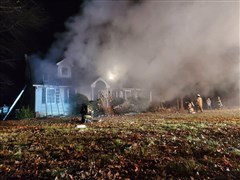 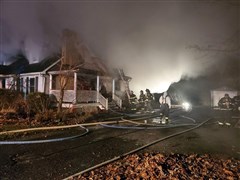 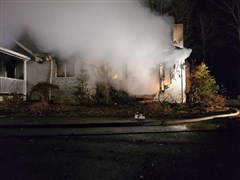 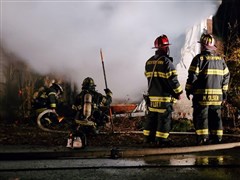 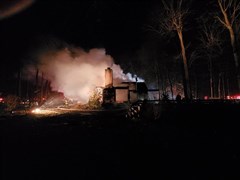 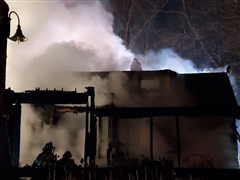 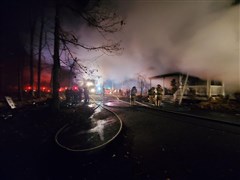 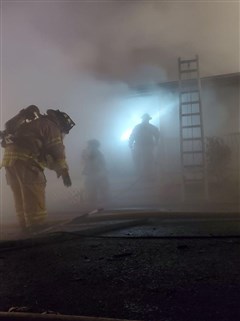 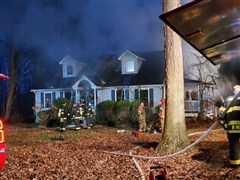 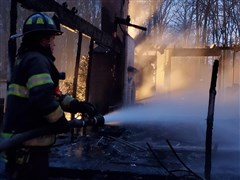 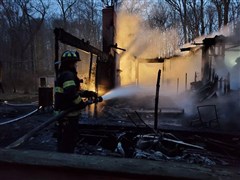 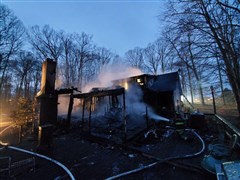 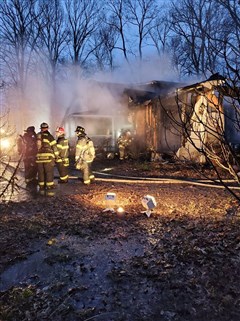