With deep sadness, the Chestertown Volunteer Fire Company announces the passing of Past Member Kevin L. Roe. Kevin came into the company as a Fire Service Explorer in the early 1970's. Exploring is a Boy Scouts of America co-ed program.  The Chestertown VFC hosted an Exploring program from the 1960's until just a few years ago. It's purpose as a B.S.A. program was to introduce young people to a potential career path, in our case, firefighting.

Kevin worked his way through the program to become a probationary firefighter, appointed at the age of 17. Like all Explorers coming through our program, as a probationary member, he automatically became a full member of the fire company at the age of 18. (At that time, after proving themselves capable, probationary members were promoted to the rank of Full Firefighter.) Later, he was promoted to serve as a driver / operator,  Fire Captain, and eventually an Assistant Chief. A Fire Captain is a mid-level leadership position that works directly with firefighters to manage incidents at the operational level. An Assistant Chief is a higher level of leadership, where the individual manages incidents in more of an overall capacity. Kevin also took the training to become an Emergency Medical Technician or EMT. In this capacity, he went on to help many who had been injured in car crashes or had been stricken with some medical emergency.

As Kevin started a family, he began to devote his personal time to them and to life outside the fire company. This is as it should be. Eventually, as the demands of employment and the means to provide for his family took over, Kevin moved out of the immediate area. This affected his level of participation with the fire company.

Our thoughts and prayers are with Kevin, his family and friends. His obituary with arrangements are shared in the comments below. 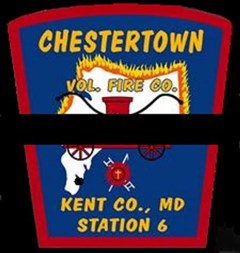