At approximately 9:02 am on Friday, April 3, 2020, the Chestertown Volunteer Fire Company was dispatched as mutual aid to the Galena Volunteer Fire Company, for the structure fire in the 28700 block of Belchester Road, near Kentmore Park. We were initially dispatched as part of the Tanker Task Force, requested by Galena's Incident Commander, still enroute and responding. Our Tanker 6 responded almost immediately.

From the additional information monitored in the radio traffic, it was evident this was a serious incident. There also happened to be an engine crew at Chestertown's fire station. Because daytime staffing is historically short for all volunteer fire companies, these members geared up and started North on Maryland 213. Shortly thereafter, the 2nd Alarm was requested, along with a request for brush trucks. (The fire had ignited and spread into the nearby woods, brush and other natural cover.) The 2nd Alarm dispatch and special request added Tower 6, our elevating platform, and Brush 6.

The first engine from Galena VFC arrived to find a 2-story single family dwelling, 100% involved with fire throughout. A nearby smaller residential structure, an in-law suite, was a serious exposure hazard which quickly took fire from radiant heat.

Due to the heavy, advanced stage of the fire, the structure was deemed unsafe, effectively preventing any interior operations. Crews from Galena VFC deployed hose lines and executed an exterior attack. When Galena's elevated ladder platform arrived, it was set-up in the driveway and began elevated ladder-pipe operations. During the course of fire suppression efforts, the house completely collapsed in on itself. This reinforced the wise decision to implement exterior-only operations.

When our engine arrived, the crew reported to the fire scene where they were assigned a handline (hose) to assist with the exterior attack on the main fire building. Meanwhile? Our brush truck was assisting with suppression of the fire that had spread into the woods. After dropping the crew at the fire scene, our engine, Engine 6, was sent to establish a draft site at the nearby Kentmore Park beach and boat ramp. Drafting is the process where we draw water from a static source, such as the bay, river, pond or swimming pool, and subsequently fill tankers. These tankers, using a shuttle system, take water to the fire scene, then return to be refilled.

There were no injuries to civilians or firefighters as a result of this incident. The Maryland State Fire Marshals Office was requested. They responded and performed an Origin & Cause Investigation. The results of that investigation are not available at this time. Both the Power Company and Propane Company were requested to the scene. The American Red Cross was also requested, to assist the family / occupants whom had been displaced. 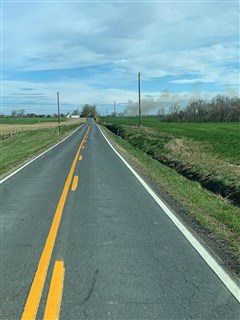 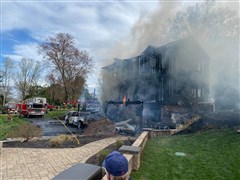 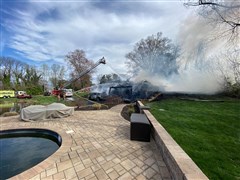 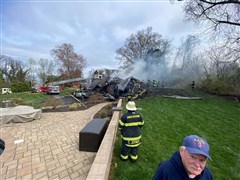 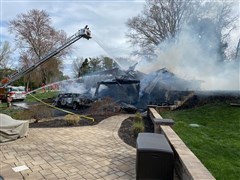 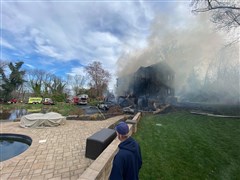 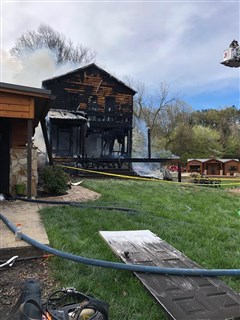 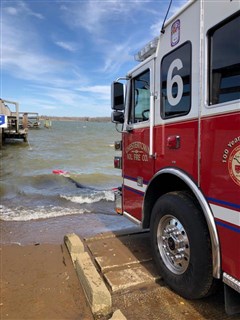 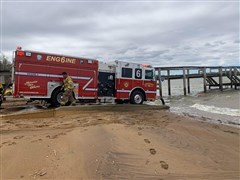