With deep, abiding sadness, the Chestertown VFC announces the passing of former Firefighter Joseph (Joe) Lawrence Weber. In late Fall, 1980, Joe joined the fire company through our Exploring program, which was a part of the Boy Scouts of America. It was a coed program tailored to introduce young people to a potential career as a firefighter. The fire company was a big part of Joe’s life and hugely important to him. Joe remained active with us for more then a decade, lasting into the early 1990’s.

Despite a troubled personal life growing up, Joe approached his time in the fire company with gusto and enthusiasm. We fervently believe the fire company provided Joe with the sense of family and belonging that was markedly absent in his life.

Being easy-going and good natured, it could be truthfully said he was salt-of-the-earth. He was generous to a fault, would give you the shirt off his back if you needed it. By words and deeds, Joe’s sense of humor was a joy to behold. Around the fire station or on a bad fire, one where everyone was wet, filthy, hungry, exhausted – both mentally and physically; we could count on Joe to provide some comedic relief intentionally or unintentionally. Despite our individual weaknesses, Joe would say or do something which provided us with needed inspiration. We would laugh, than dig deep, finding the strength to push on and complete the task at hand. For that talent and ability, and in addition to being a good firefighter, we deeply loved and appreciated him.

Even though most of us had lost touch with Joe in later years, we say farewell to a treasured brother, friend, associate, and all-around Great Guy! We know he has finally been rewarded with the comfort, security, and happiness he was desperately seeking his entire life. 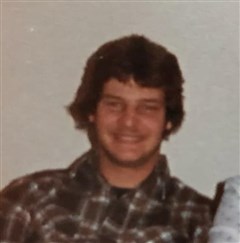