Inside the Station - Member Spotlight

Earlier this year, our “Member Spotlight – Inside the Fire Station” selectee was Robert Knoedler. Along with his wife Margaret, Robert joined the fire company in 1990. Of all our members, as a member of our “Fire Police” unit, Robert is one many in the public might recognize. Prior to a decline in health, he was frequently seen working traffic flow around our emergency incidents.

Our Fire Police respond to calls with us and either completely close streets & roadways, set-up lane restrictions, or one-way, alternating traffic patterns. Because of the nature of their function and use, they are deputized by the county sheriff. As such, their authority is legal and considered the same as if a sworn police officer is giving the direction(s). Responding directly to the incident from home, depending on the location, he would have traffic flow already contained prior to our arrival. This is a great help, and one less thing our incident commanders need be concerned about.

Robert is retired from the Campbell Soup Company and was assigned to that company’s facility when it was located on Maryland 291 / Morgnec Road, just East of town. Robert lives just outside Chestertown with his wife Margaret, where he enjoys collecting hats & caps and closely follows Nascar Racing.

Coincidentally, today (December 6) is Robert’s birthday. Please join us in wishing him a Happy Birthday! 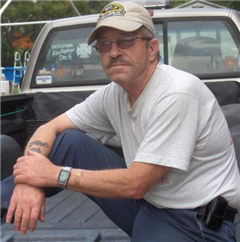